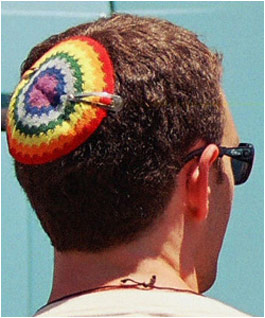 Our local Jewish newspaper here in Phoenix lists thirteen local Reform synagogues or congregations—a little more than a quarter of the congregational listings.  Add to that the six listings for Conservative congregations, and the Reform-Conservative majority rockets past a third of all organizations listed.  The Metropolitan Phoenix and surrounding areas’ Orthodox–the expected preservers of Torah, tradition and Jewish piety–surprisingly account for almost twenty-four percent of the local listings (the national average for Orthodox is 13% according to a Special Report by the UJC), bringing the representational total for the “big three” Jewish denominations in Phoenix to just over sixty percent.  The remaining forty percent is made up of a smattering of “independent” congregations, Sephardic/Crypto Jewish cultural centers, and other types of organizations, such as the Center for Biblical Hebrew, Hillel Jewish Student Center, and the Jewish Center for Spiritual Growth.

With such diversity of Jewish cultural and theological expression here in Phoenix, it makes me muse about why Messianic Jews are not invited for inclusion.  Of course, the newspaper’s and community’s response to an inquiry from the Messianic camp is a foregone conclusion—to them, Messianic Jews have left the faith… we are an abomination, mixing the sanctity of Judaism with the perversions of a foreign religion.  That is the way they see it.  Within the local Jewish community, we are not even tolerated as an oddity or aberration—we are shunned, excommunicated, and declared no longer “Jewish.”

For the majority of Jewish Phoenix—the Reform, Conservative and Orthodox—I wonder, then, what they find tolerable about Or Adam Congregation for Humanistic Judaism, which enjoys its unique congregational listing under the heading “Humanistic.” (“Or Adam” means “Light of Man”.)  Why is denial of the Deity and the celebration and elevation of humankind acceptable within Judaism, yet the exaltation of the Son of God, the Jewish Messiah, is not?  How can “Judaism” be “Humanistic”—a “human-centered… nontheistic alternative in contemporary Jewish life” (shj.org)—given what Adonai spoke to Moshe from within the fire:

Or the words of the prophet,

“The grass withers, the flower fades, when the breath of Adonai blows upon it; surely the people are grass.” (Is. 40:7)

But for me, Or Adam is dismissive—its presence on the list only makes me shake my head in compassion and pray.  No, the listing that truly shocked me and made my heart sink—the one that I am utterly and completely stunned that my Orthodox brothers especially would not only tolerate but permit to be listed alongside their own—was the uncategorized fellowship Aviv of Arizona, Jewish Gay, Lesbian and Bi Havurah. (“Aviv” means “fresh” or “young,” and is the first month of Spring on the Hebrew calendar.  “Havurah” means “fellowship.”)  Of course, I really shouldn’t be surprised at all, since the Jewish community in general holds a liberal, more-than-tolerant view of homosexuality.  Still, seeing the Havurah even as a minority representative within our local Jewish community took me aback.  Of all people, Jews should know that Adonai does not permit or tolerate homosexual behavior.  For the Torah teaches that

If a man lies with a male as one lies with a woman, the two of them have done an abhorrent thing; they shall be put to death — their bloodguilt is upon them. (Leviticus 20:13, TNK)

And yet, what Adonai calls “an abhorrent thing” for Israel is in some twisted way viewed more positively in the Jewish community than following Yeshua—less degenerate than being a Messianic Jew.  How can this be?  How can denying the existence of God (as the “Humanists” do), or perverting the natural design of God’s own creation (as is done in homo- or bi-sexual lifestyles) be perceived as more normal than a “deviant” theological belief (as Messianics are accused of having)?

My brothers, hear the words of this outcast among our people; despise not the warning from my “depraved” mouth: Adonai our God will not abide deviants among Israel, save those who deviate from the path of sin, arrogance and all abhorrent things.  He has placed us on this earth as a light to all the nations—not to ignore, condone or absorb their darkness and lose our way.  I seek not your acceptance as a miscreant among your ranks, but rather implore you to shed the religious comforts that soothe you and cause you to languish in a pool of worldly compromise.  Turn away, my brothers, from tolerance and “open-mindedness,” and turn instead toward the Only One who can teach us to walk in the ways of our God.  You’ve allowed deviants a design in the tapestry of our people—why not give the message of us “misled” Messianics a chance?