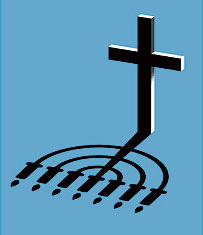 Time Magazine recently published an article which implies that a rising number of Christian teachers regard “[Jewish] sources like the Mishnah and Rabbi Akiva as vital to understanding” Yeshua.  Surely, reference to this literature among the Hebrew Roots community is common, but according to the aforementioned article, it is also true of at least two Christian leaders.

My hope is that believers who come across factoids like this will not take them to heart, and will instead steer clear of Jewish literature as an avenue for understanding Yeshua.  Seeing the Master in His proper historical and cultural context is one thing, but the Talmud and other Jewish writings are ultimately useful and authoritative for one thing only: acquiring an understanding of Judaism—a Judaism which is historically and spiritually hostile to the Messiah Yeshua.  Indeed, did not the Master Himself say to the fathers of Rabbinic Judaism, “Rightly did Isaiah prophesy of you hypocrites, as it is written, ‘This people honors me with their lips, but their heart is far away from me.  But in vain do they worship me, teaching as doctrines the precepts of men.'” (Mark 7:7)  For all their alleged wisdom and insight, the Rabbis take us on a circuitous journey around and passing by the God of Israel, failing to deliver us into a deeper relationship with and knowledge of Him.

I also take stark issue with the idea that Yeshua was “passionate[ly] dedicat[ed] ‘to Jewish ideas of his day'”.  The Master Yeshua, though immersed in first century Israeli culture and what Stern calls “thoughtforms of their time” (p. 32, JNT Commentary), surely would not have appropriated the teachings of men and taught them as His own.  On the contrary, Yeshua brought not “Jewish ideas” to their fullness, but the Torah and the Prophets (Mt.5:17ff), and if there is any resemblance between the teachings of the Rabbis and that of Yeshua, I contend that it was the Master’s influence on His contemporaries—not the other way around!  There is no doubt that restoring the Jewishness of Yeshua is absolutely crucial, but to study Talmud in order to uncover “ideas that he rewove but did not abandon” is misleading at best.

In my personal study of Jewish literature, I have yet to come across a piece of godly, divine wisdom that is unique to those writings.  If we want to understand the “New Testament Jesus,” we need to look no further than page one of our Bibles—beginning with the Torah, then on through the whole of Scripture—the only truly authoritative Jewish text. If only my “people of the Book” would forsake their philosophical ways and return to the Torah and the Scriptures!—because as long as we remain confined by the wisdom of men, Salvation will remain ever elusive.

I would like to openly invite anyone to offer up here any piece of Jewish literature that aids in our understanding of Yeshua that cannot be found anywhere in Scripture.  I do not make this challenge brashly or with disdain for the texts of Judaism, but only in the confidence that there is no need (and indeed, it may even be counter-productive) to go beyond Scripture in seeking the “Re-Judaized Jesus”.