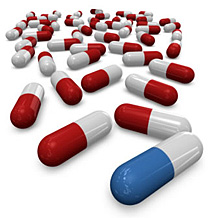 “The United States… is a country of immigrants.  For centuries, wave after wave arrived on these shores, fleeing persecution, hoping to better their economic condition and merge into the mainstream of American society…. Immigrant Jews rapidly learned English, adopted American dress styles and sent their children to colleges and graduate schools as they became respectable members of society…. Even while we were moving up the ladder, most Jews did not forget the Torah injunctions to remember our heritage.  So we Jews set up neighborhood synagogues, spent our free time involved with Federations and Jewish fraternal organizations… we collected money, attended meetings… and to religiously educate our children, we invented… Hebrew and Sunday school.  Imagine our surprise and shock, several generations later, when… our grown children did not follow in our Jewish footsteps.  Today… they are walking away from 4,000 years of Jewish history and we are shocked….

“When our children bitterly complained that they hated Hebrew school, while their [Gentile] friends were having fun in other after-school activities, we told them to hush because it was a rite of passage to suffer through Hebrew school just as we parents did.  When they didn’t want to continue Hebrew school after the age of 13, we didn’t insist.  But we never imagined we would end up having grandchildren who have abandoned their heritage, know very little about Judaism and don’t believe in God.  We never expected to visit their homes in December only to see a giant Christmas tree in the living room. We are fortunate to live in a country that has allowed us to excel in every field of American endeavor without fear of persecution.  But why have we not been equally successful at preserving our Jewish identity?”

Though Mr. Hanus goes on to point to “massive funding of Jewish education” as the remedy for Jewish America’s aliment (which, by the way, is not the answer), he rightly points to institutionalized Judaism as nothing but a placebo–a sugar pill that our people have been swallowing for generations.

We have not been successful at preserving our Jewish identity for the simple fact that Judaism perpetuates only Judaism–not Jews.  As a religion, it feeds only itself; and as a culture, it has never proven vibrant enough to compete with the cultures of the nations in which we have assimilated.  Judaism does not preserve us as a covenant people because it is a religion created in Diaspora for life in dispersion–but most of all, it is built on a dubious matrix of wisdom deliberately designed to supercede the wisdom and word of God.  How can we expect our children to retain their identity as Jews if we are hopelessly immersed in the mainstream, and divorced from the only Word that can return us to the path forsaken by our fathers?

As Messianic Jews, we therefore carry the torch for our people, as a remnant–even among the nations.  We remain not only covenantally bound to serve God as His people Israel; but by the circumcision of our hearts, the empowering of the Holy Spirit, and the daily devotion to the ways of our Master, the Messiah Yeshua, we are survivors of the cancer that is continuing to devour our people.  Our recovery testifies to the only remedy for our people: restoration as a covenant people through the Messiah Yeshua.

Will we as Messianic Jews, therefore, continue to ensnare ourselves through our own brand of Jewish institutionalization?  Are we perpetuating the myths of Judaism by swallowing our own “messianized” placebos?  Let us not attempt to reverse engineer Judaism in a vain effort to fix what ails it.  Instead, let us be zealous to rescue our people from their collective delusion and offer them the only cure that works.

The question is, are we willing to set our specially formulated religiosity aside long enough to administer the future to our people?